“Yes, we deserve it as much as they do”

She finished her chores and saw her children packing up their school bag for the next day, her husband walked in just then and hurried to bathe. As she prepared table for him, she kept the lamp beside him lit. By the time he was back, it was dark and the lamp served its purpose. The children narrated stories and giggled beside their father as she served him food. She was lost in her thoughts which didn’t go unnoticed. He promptly asked “Did you meet them today?” she nodded and said “They said we don’t deserve that”. He paused and then resumed eating. “Any new plans?” he asked after sometime. Sagarika replied “Yes…” and looked at her children struggling to read their lessons under the lamp light. Kulberia is a small village inhabited by 45 households who are majorly dependent on agriculture and daily wage labour, it is located in South 24 Parganas District, West Bengal. The community migrated to Kolkata approx 100 years back from Jharkhand. Surrounded by other bigger villages, Kulberia is the only tribal village around. The other villages and higher caste people of those villages dominated the panchayat. The socially and economically back ward Kulberia village was consciously kept away from all the provisions and entitlements that could have made their survival better. DBSS Kolkata had been working with this community on Social security schemes, livelihood opportunities and tribal rights. On capacitating and empowering the community on their rights and entitlements, they realized that they have been shunned for a very long time. All the communities around them had electricity connection but it had not reached them for some strange reason that they couldn’t comprehend. The life in Kulberia village is stilled in the pitch dark till the morning dawns, unlike their neighborhood.

Self help groups were formed in the community to empower women and include them economic activities, they were also informed about the social security schemes and other provisions. Sagarika, an active member of a SHG was selected to undergo training on Local Capacity of Peace building process. Local Capacities for Peace (LCP) approach is a comprehensive tool to take up situational analysis of the context of conflict and find out options for alternative interventions in the project area. The capacity building program allowed her to identify rise and cause of conflicts in the community and plan activities in such a way that it keeps the peace in the community and between other communities. Ever since she had been part of the SHG, she was also involved in the struggle for the electricity connection. Initially, the panchayat accepted the requested but later denied claiming that there is some issue in getting a new connection. With the intervention of DBSS, the participation of people in Gram Sabha had increased where they discussed their issues and made plans to present the same in panchayat and seek solution. The discussions and deliberation between the community members and the panchayat went on for a while for electricity connection. On one such meeting, heated argument broke out between the higher caste members and members of Kulberia village. After this incident, there were regular issues and unrest between the communities in the public places like markets, meeting spaces, water ponds etc. Sagarika’s husband supported and appreciated her in her efforts; she along with the village leaders and DBSS staff had gone to meet the panchayat members and few higher caste members to resolve this issue. During the discussion it became evident that their denial to connect electricity from another block had no valid reason. A fuming higher caste member announced “You do not deserve such benefits” and rushed out of the room. The meeting ended abruptly there, but Sagarika and others were not going to accept this. She was thinking about their meeting when her husband asked “Any new plans?” and she replied “Yes… we deserve it as much as they do”.

Sagarika, along with few village leaders, consulted the electricity department and explained them the issue regarding the electricity connection and tension between the communities as an effect. They requested the officials to meet with the panchayat members and others to resolve the situation. Subsequently, a meeting was arranged with panchayat members, higher caste people and Kulberia Gram Sabha members. In the meeting, after listening to the situation of this issue, the officers of electricity department stated that the electricity from the other block can be connected for Kulberia village. The electricity department official mentioned that the higher caste people’s objection has no valid stand legally and opposing of basic rights like electricity connection is a highly punishable offence before law. Furious enough to these stern remarks few people did leave the meeting, but it was a happy day for rest of all.

In few weeks time, Kulberia village received electricity. Sagarika’s exposure to LCP application helped her identify conflict and was able to look for alternate solution. She advised and encouraged her fellow villagers to do nothing that can be a cause for conflict. She met with some of the youth who could be easily manipulated and informed them about the after effects of any provocative actions or comments. Her initiative to start a dialogue of the two groups with the electricity department officials acted as a connector in the tensed situation. The observation and intervention of the DBSS staff, who were trained on conflict situation analysis and instigating factors helped to identify and tackle the issue without getting further worse. The disparity between both the communities has not changed, but the powerful group has resisted themselves from misusing their power to trouble others. 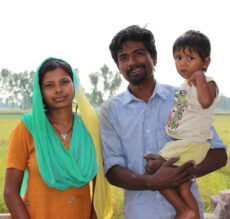 Being Relevant in Today’s Time

CNI SBSS has focused on inputting communities on establishing a sustainable model for education delivery, creating efficient water systems and provided training and exposure to farmers on organic farming and kitchen gardening through multi-cropping. Our aim is to provide a better and healthy standard of living for dalits and tribal communities in our reference areas. 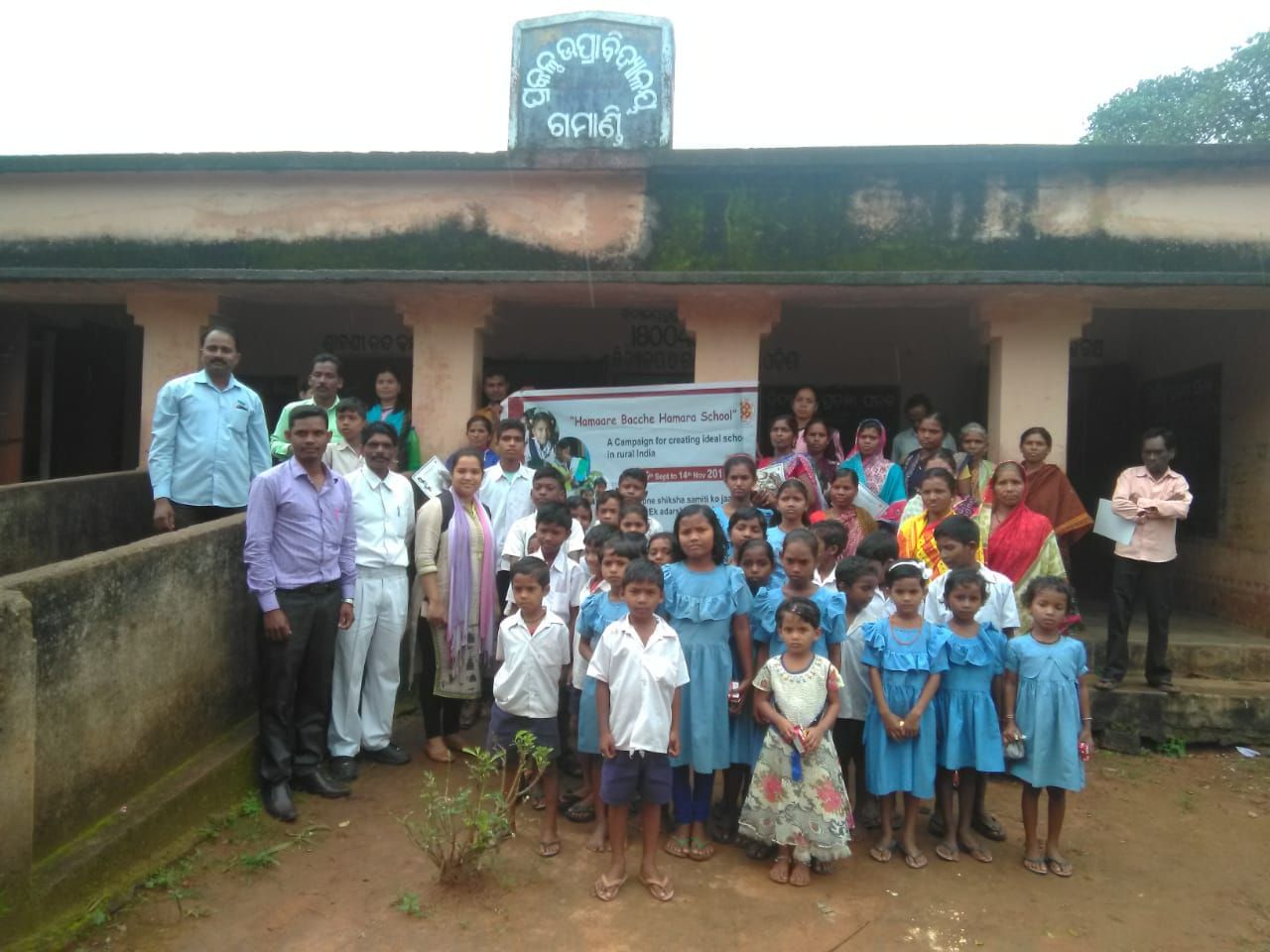 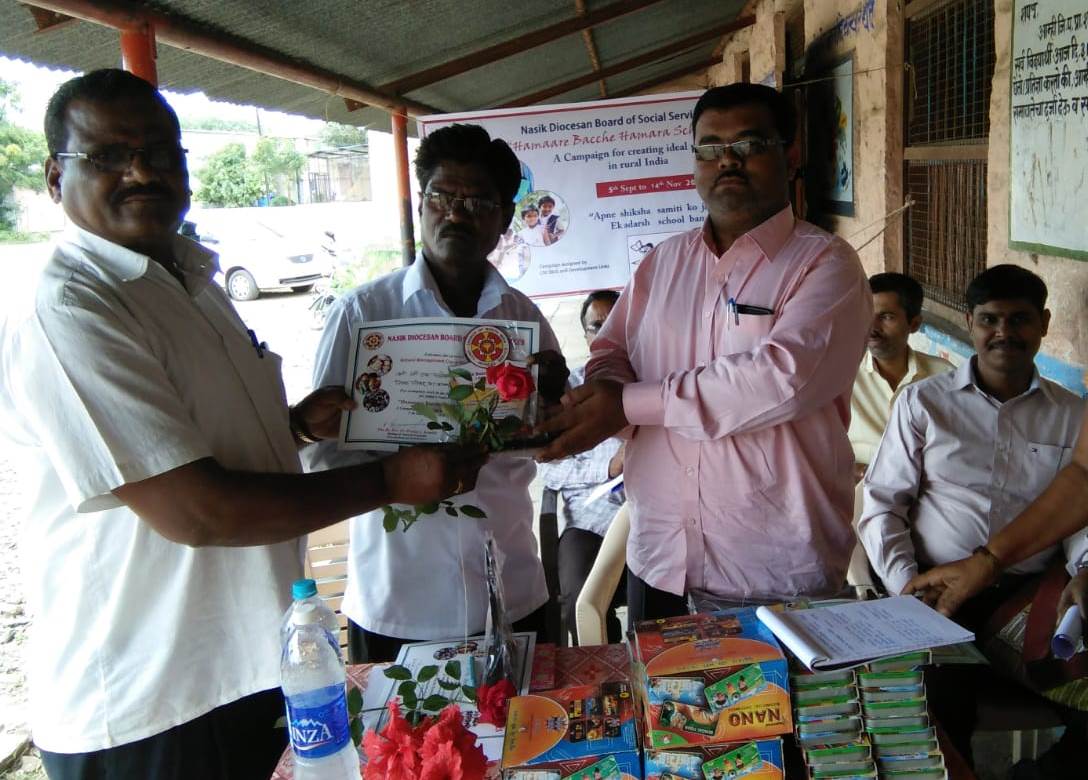 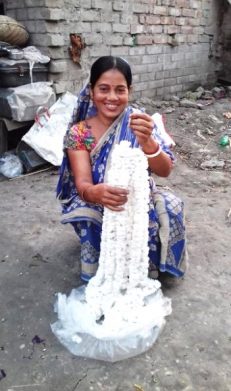 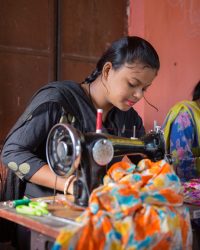 “Let the beauty of what you love be what you do” Women Entrepreneurs: Diocese of Cuttack

“Let the beauty of what you love be what you do” Women Entrepreneurs: Diocese of Cuttack DBSS Cuttack is making efforts to equip women at the Kathojori Bihar Slum in Cuttack city through various inputs and training programs. The program is designed to address the issues of sustainability in the lives of single mothers & […]